Hire Marrakech Guided Tours of the ‘Red City’ of Marrakech with a knowledgeable local guide.
Take in the architectural wonders of the Koutoubia Mosque, the Ben Youssef Madrasa, the Old Jewish Quarter, the Mellah, and walk through the famous souks.

Marrakech guided tour starts from your accommodation with a professional driver to begin your Marrakech city tour from the prestigious Koutoubia Mosque, one of the wonders of art Almohadin dynasty and is an often visited site with its Minaret held in the same regard by Moroccans as the Eiffel Tower is thought of by the French.

Later, we will head to the Saadian Tombs, one of the most visited places in Marrakech. These tombs date from the late sixteenth century and are located in a closed garden accessed through a small corridor, mausoleums of great beauty, decorated with mosaics, and different tombs that keep buried sultans, warriors, and servants of the Saadi dynasty.

After visiting this place we will go to the Bahia Palace, built in the s. XIX as the residence of the Sultan. Bay means bright, in fact in the s. XIX Moroccans thought they had built the greatest palace of all time. To get there, we will cross the street market of the Kasbah, the Jewish Quarter (El Malah), the Souk of the Species and Badia Palace. We will take a short walk through the souk of Marrakech. And finally the Jemaa el fna square, which is the central square of Marrakech and the most important place in the medina. Where is the public life of marrakech develops both day and night. The best of Jemaa el Fna square is the transformation that is going on during the day.

Madrasa de Ben Youssef, built in the sixteenth century was one of the most important Koranic schools where the students lived in austere cells while finishing their religious studies. The most beautiful part of the visit confers in its inner courtyard with its architecture and mosaics, in harmony with the central pond used to perform the ablutions before the prayer. Here visitors will find an extreme tranquility, after having gone through the bustle of the streets of the Medina.

Marrakech Museum: building open to the public since 1997. The Museum of Marrakech is one of the most interesting visits in the city. The main part of the museum is its patio and the rooms arranged around it. In these rooms, the museum’s collection is exhibited, mainly composed of ceramics, weapons, carpets, and other traditional Moroccan objects. Inside the building, you can also visit the traditional hammam and a temporary exhibition hall.

Our Marrakech guided tour will finish with the visit to Souk and Guilds Of Marrakech: entering through Jemaa el Fna Square and crossing the souk for its dozens of labyrinthine streets. Here you can buy all kinds of clothes, spices, food, crafts, and typical products. In the souk you will find artisans grouped by guilds: dyers, basket makers, and ironmongers are some of the trades that come together in the souk of Marrakech. 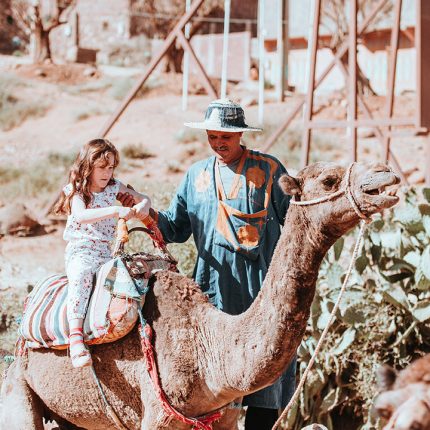